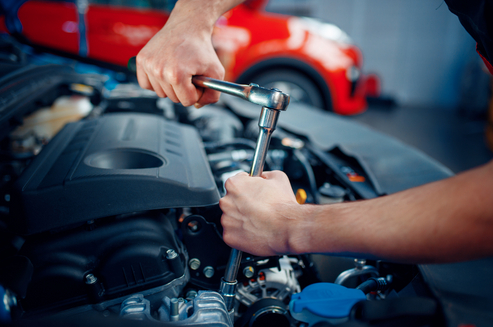 Engine tune-up is probably something you’ve heard mentioned before.  But what’s less likely is that what all it entails was explained when it was brought up. Sitting under your hood is an important piece of machinery that needs to be maintained. But it's not just the engine alone. There are many other connected parts under your hood that need to be serviced regularly. All of them serve a function that helps the engine do its job. So, one of them malfunctioning could cause an engine to perform at less than its peak. Thus, when tuning up an engine all those components must be checked.

And if there are any issues they must be snuffed out as soon as they are found. You don’t want your engine struggling or its job to be more difficult. Because when it has a harder time performing its tasks your vehicle will run worse. And you may not notice it initially but eventually, it will be obvious.  But it is always better to fix things right when they start especially when they are connected to your engine. Since your engine is so imperative to your vehicle’s performance you want the top guy on it. That’s me I’m the top guy with the most skill in fixing engines and all their components.

What diligence means in this context is how thoroughly I will check out your engine and its components. I will evaluate the engine itself and each individual component to limit the buildup of problems with your vehicle. Going through each part looking at the oil filter making sure it was working as it should. Then check to make sure the oil levels are where they should be. Then evaluate the air filter to see if it needs to be cleaned or replaced. Depending on if you have an air filter that is permanent or that needs to be changed. I put in the work to ensure every part under your hood scores an A+.

No one else has the time or the skills to make sure they are performing at an A+ level. On top of that, they won’t be able to make your engine tune-ups as affordable, convenient, and fast. It is important to me that I am the leader in all these areas. Your bank account is something I want to be easy on. That’s why the prices are so reasonable. Making things easy for you is one of my priorities. Another one is getting you back to your business quickly when you get auto/auto repair services. I take all the steps to make your vehicle services and repairs better.

All those factors mentioned above allow me to give you the most quality engine tune-ups that are possible. It is essential that I do this without doing that I wouldn’t consider myself to be a success. And if you want success for your vehicle your first call should be to me.